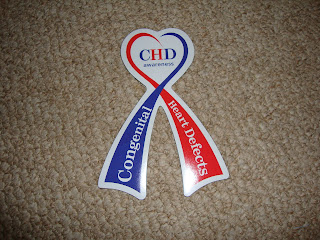 I have some car magnets for sale. They are $5 a piece and you can show your support for CHDs! Let me know if you want one!
Posted by Jess at 10:43 AM 1 comment:

Please check this out!

Hey everyone! Please check out www.fabulousfridayfreebies.blogspot.com
for a wonderful giveaway to help our dear friend Rebecca's beautiful ministry in honor of her daughter Annabelle. Lorelei was the first to receive an Annabelle Basket and we LOVE this ministry and the family behind it! Please check it out and support a GREAT cause!

On Saturday, February 5, Hope for BraveHEARTS will be having our 2nd Annual Pancake Breakfast! Please come out to the Fatz in Irmo to support a great cause. Tickets are $7 a piece for pancakes, sausage and fruit! And of course you will have fun servers, myself included! Please contact me if you would like tickets!

Snow AND Lo's first ever haircut! 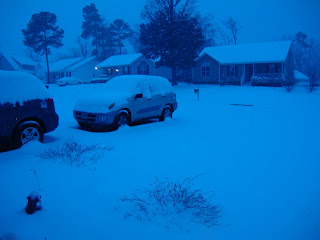 On Monday, we woke up to this! SNOW! It was beautiful until it started freezing rain, then it wasn't so fun anymore! 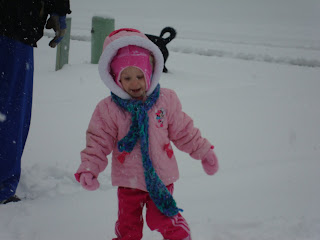 Lorelei had a blast in the snow with Lola. We were snowed/iced in for 2 days and then on Wednesday when it all started to melt Lorelei and I went to get her very first "real" haircut. I took some advice from a friend and went to Sharkey's cuts for kids in Lexington. 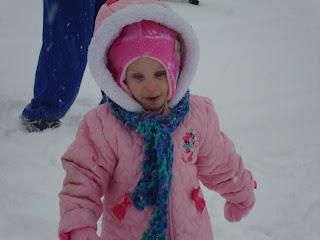 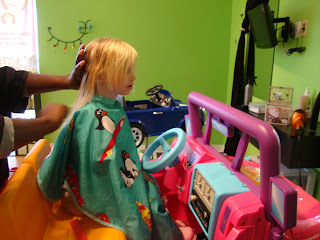 She did pretty well for sitting still. She picked the Barbie Jeep, of course. When it was all said and done, she got about 3 inches cut off the back and then got her nails done! She sat there like a pro, she knew just what to do! It must be in grained in the X chromosome! She was so cute. She was happy that she got a balloon AND a sucker. 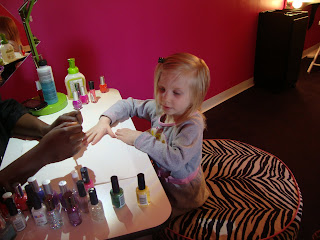 Hey everyone, hop on over to the Hope for BraveHEARTS website to see what we plan on doing for CHD Awareness week. (A t-shirt design contest) We are still collecting recipes for our cookbook until Jan 31! Please send some in we are really excited about this! We have some really fun things planned for this year so be looking out for what we are doing. If you are in the Columbia area and what to support us AND get some good breakfast we are having a Pancake Breakfast at Fatz in Irmo on February 5. Tickets are $7 a piece and we are there to serve you :O) Please contact me for tickets!

Keep on reading because I just wrote a pretty long post about the fun we had in December.

So much to catch up on! 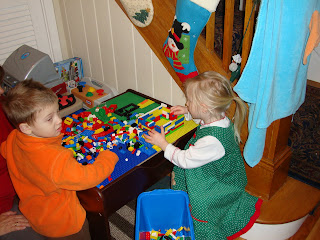 On Christmas day, we went to my sister's house for dinner and in the morning. Jack and Lorelei tried to play nicely. Lorelei sporting her new dress that Papa bought for her. 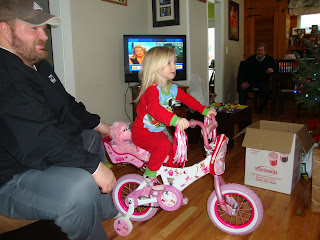 My Dad (Grampa) bought her her first bike. She is VERY excited about it! 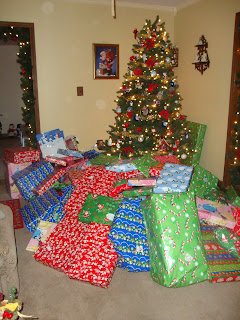 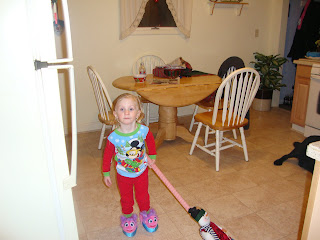 Lorelei used Grammy's snowman broom to clean before Santa came and she put out cookies and milk for him, but was very upset Christmas morning to see that he had ate the cookies and drank the milk. 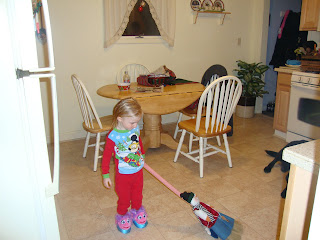 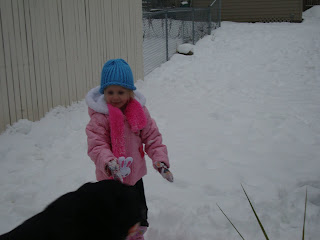 We played in the snow with Grammy, Daddy and Max (the dog). 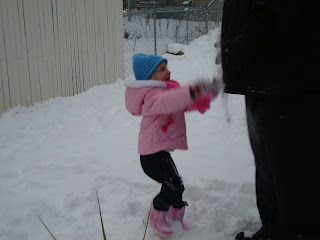 Once she realized she could throw the snow at people, she had TONS of fun! 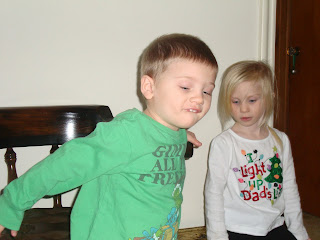 Christmas Eve we went to my Dad's for lunch and to hang out for a while. It was interesting to try to get a picture of Jack and Lorelei together! 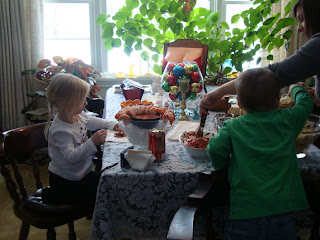 Shrimp, shrimp dip, chips and dip, cheese and crackers, what a fun lunch! 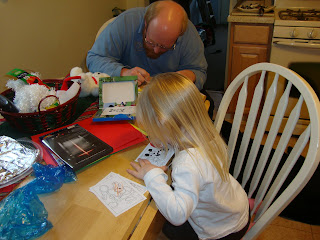 On December 18th, Hope for BraveHEARTS handed out Christmas presents to the kids/patients on PCICU and 8D (the new floor which is gorgeous! it used to be 7C). We also teamed up with Texas Roadhouse and served dinner to the families staying at the Ronald McDonald House. 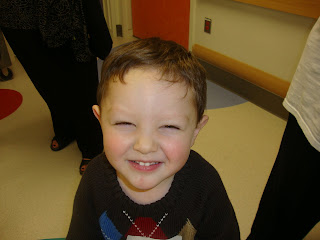 Elijah was our Helper 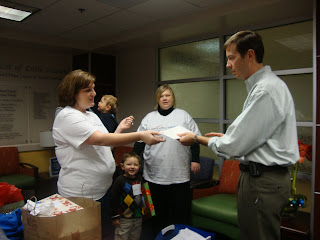 
Lorelei also had her first taste of Hot Chocolate, since December was a VERY cold month in SC. 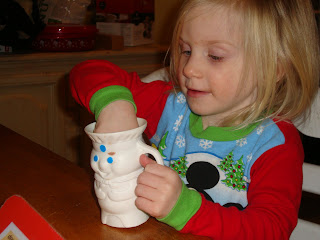 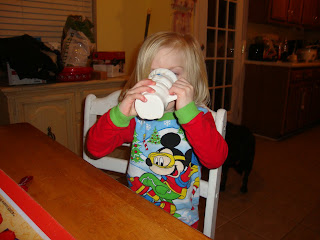 She got to use her Pillsbury Doughboy cup from Grampa Don. She LOVED it! 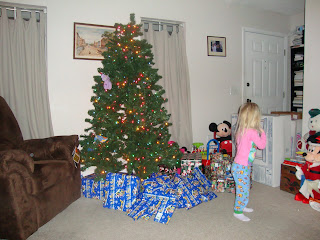 Santa Claus came early to SC since we were going to NY for Christmas. He had to do a test run before the real deal to make sure the reindeer were in working order.


Lorelei also went to see Dr. Shuler in December. She did really well this time and she showed me how much she has grown up. She let the nurse take her blood pressure and she laid still for the ECHO. Dr. Shuler says she looks good and her ECHO was great and we got another see you in 6 months. We will go back in June. I LOVE good reports!